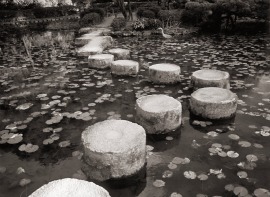 Please download and glance at our Flyer— a season of charm and calm.

Let JapanQuest Journeys expertly lead you on an unforgettable and compelling trip full of intimate discoveries through the real Japan, through the seasons of a country traditional yet modern, and rich in scenic beauty and cultural heritage.

JapanQuest Journeys Reports on May 16, 2011 U.S. Department of State Update on Traveling to and within Japan

The assessment of technical and subject matter experts across United States Government agencies is that while the situation at the Fukushima Daiichi plant remains serious and dynamic, the health and safety risks to areas beyond the 50-mile evacuation zone, and particularly to Tokyo, Nagoya (Aichi Prefecture), Yokohama (Kanagawa Prefecture), nearby U.S. military facilities, and the prefectures of Akita, Aomori, Chiba, Gunma, Iwate, Nagano, Niigata, Saitama, Shizuoka, Tochigi, and Yamanashi, and those portions of Fukushima, Ibaraki, Miyagi and Yamagata prefectures which are outside a 50-mile radius of the Fukushima Daiichi nuclear power plant are low and do not pose significant risks to U.S. citizens.

This analysis takes into consideration both various age groups and the classification of the severity of the situation at Fukushima Daiichi as a Level 7 event by the Government of Japan, which reflects what has transpired since the initial incident and the potential long-term effects in the area surrounding the plant.

This assessment reflects inputs from our national laboratories as well as the unanimous opinion of the U.S. scientific experts on the ground in Japan. Furthermore, they are consistent with practices that would be taken in the United States in such a situation. Based on the much reduced rate of heat generation in the reactor fuel after one month of cooling and the corresponding decay of short-lived radioactive isotopes, even in the event of an unexpected disruption at the Fukushima Daiichi plant, harmful exposures to people beyond the 50-mile evacuation zone are highly unlikely, and there would be a significant amount of time to best assess any steps that might have to be taken.

The situation at the plant is dramatically different today than it was on March 16, when we saw significant ongoing releases of radioactivity, the loss of effective means to cool the reactor cores and spent fuel, the absence of outside power or fresh water supply for emergency management, and considerable uncertainty about the condition of the site. Today, while the situation remains serious, and there is still a possibility of unanticipated developments, cooling efforts are ongoing and successful, power, water supply, and back-up services have been partially or fully restored, and planning has begun to control radioactive contamination and mitigate future dangers. Our coordination with the Japanese is regular and productive, and we have a greatly increased capacity to measure and analyze risks.

On April 14, 2011, the Department of State lifted Voluntary Authorized Departure, allowing dependents of U.S. government employees to return to Japan.

Out of an abundance of caution, we continue to recommend that U.S. citizens avoid travel within the 50-mile radius of the Fukushima Daiichi Nuclear Plant. U.S. citizens who are still within this radius should evacuate or shelter in place.

Though the U.S. Government is not currently making changes to its recommendation to avoid travel to the 50-mile radius, we are updating the recommendation on the safe use of the Tohoku Expressway and the Tohoku Shinkansen Railway through the 50-mile evacuation area. These transport routes are currently open to public use. The U.S. Government believes it is safe for U.S. citizens to use the railway and expressway to transit through the area. This updated decision is based on measurements taken by U.S. Government scientists; more information may be found at the Department of Energy website, http://blog.energy.gov/content/situation-japan/.

Japan is one of the most seismically active areas in the world. Tokyo and areas to the northeast continue to experience strong aftershocks related to the March 11 earthquake. Aftershocks following an earthquake of this magnitude can be expected to continue for more than a year. Identifying potential hazards ahead of time and advance planning can reduce the dangers of serious injury or loss of life from an earthquake. See the Embassy Website for detailed information on earthquake safety: http://japan.usembassy.gov .