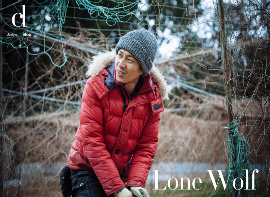 Sasaki almost quit farming before he’d actually begun. As a young man he worked side by side with his grandfather, growing award-winning produce. Though he liked the work, he was disillusioned with the return. âAmong other things, we were growing goya (bitter gourd). They were splendid goya but we received only 5 yen each. Those very same goya would sell in stores for 150 yen,â he says.

Witnessing an agricultural system that rewarded corporate middle men in suits many times over the backbreaking labor of farmers sent Sasaki into a dark well. âI saw the worst side of people in those days,â he says. âI got depressed. I didn’t work, just stayed home, drank, and watched TV.â This went on for six months. âFinally, one day my grandfather brought me a book by Matsushita Konosuke. He said, âIf you read this and still aren’t motivated, then get out.ââ

Eleven years later Sasaki might be the most motivated farmer you’ll meet.

This is the fourth in a continuing series of featured articles authored by Prairie Stuart-Wolff from her online publication Cultivated Days.